“Therefore, we ourselves boast of you among the churches of God
for your steadfastness and faith…” 2 Thessalonians 1: 3

There was a moment when I became aware in my sabbatical travels of how much I was “boasting” about the ministries of St. Stephen’s, to the churches of God I was visiting!  The boast I was making was about the Drumming Camp, but with it went all the other things that we stretch ourselves to do, what Paul calls the “work of faith.”

Within the missional church project, there is a different set of metrics that may help us see “the work of faith” more clearly.  What if we measured the encounters with all God’s people that happen because of our existence and ministries in our buildings?  Think about it – we have three big AA meetings a week – that’s about 6,000 attendees; we have a preschool of 80 children plus 24 teaching staff  for 40 weeks of the year  – that’s 20,800 preschool attendees.  We hold a monthly seniors’ lunch of about 14 plus 3 helpers, for 10 months a year – that’s 170 attendees.  We host Papermill Chorus, which is 60 young people for about 30 weeks a year – another 1,800 – and then there’s 14 people from IHN families each year and all the volunteers – another 130 or so. The  PATCH kids average about 20 kids and 15 volunteers –  another 175.  Plus, we host three organ recitals at 60 on average  – 180, and so it goes on.  Oh, and don’t forget church attendance at about 65 average a week equals about 3,300 a year.

END_OF_DOCUMENT_TOKEN_TO_BE_REPLACED

This past Sunday we talked about the universal language of prayer.  Our faith is a relational one, and we are in conversation with Jesus who longs to be in relationship with us.  Many of us are aware of the power of prayer, and ask for prayers for others each week.  How about we take that live, and actually ask people we know if there is someone for whom they would like prayer. 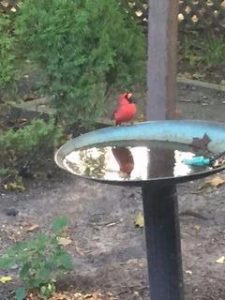 I met someone I haven’t seen for a while today when I was walking in the park.  She stopped and we chatted.  Slowly the diagnosis and prognosis came out, and I offered her prayers.  When she goes to receive her treatments at St Barnabas, I hope she will remember as she drives past our church, that we are praying for her.  And my prayer is that she will be uplifted and strengthened just knowing that + END_OF_DOCUMENT_TOKEN_TO_BE_REPLACED

INTRODUCING!   The outstanding organists who will be gracing our
Beckerath tracker organ this season

Please save the three Sunday afternoon dates at 4 pm and put them on your calendar.  Admission is by donation at the door ($10 suggested).  Children accompanied by an adult are cordially invited to come as guests.  A reception to meet the artist follows the recital.

COLIN MACKNIGHT, is a C.V. Starr Doctoral Fellow at The Juilliard School, where he also received his Bachelor’s and Master’s degrees. Colin has been the recipient of numerous scholarships and prizes, including the American Guild of Organists NYC Chapter competition, followed by first prize in the AGO Northeast Regional Competition, which won him a “Rising Star” recital at the 2016 AGO National Convention in Houston.  At Juilliard Colin studies with Grammy award winner and chair of the organ department, Paul Jacobs. As Assistant Organist at NYC’s Church of the Resurrection under music director David Enlow, Colin’s responsibilities include both accompanying and conducting the professional choir which performs over 50 choral mass settings each year.  Colin MacKnight’s recent solo recitals include St. Thomas Fifth Avenue, the National Cathedral in Washington, DC, and this season will include NYC’s St. Patrick’s Cathedral,  among other venues.

BENJAMIN SHEEN recognized as one of the United Kingdom’s brightest young organists is the recipient of many musical prizes, including the Pierre S. du Pont First Prize in the inaugural Longwood Gardens Organ Competition 2013.  He holds degrees from the University of Oxford and The Juilliard School, and is also a prize-winning Fellow of the Royal College of Organists.  As concert artist he has performed throughout Europe, the United States, and Canada, as well as in Australia and Singapore.  He has also performed with notable orchestras, including the Royal Philharmonic Orchestra and the City of London Sinfonia.  During his time at Juilliard he held the post of Assistant Organist at St. Thomas Church, Fifth Avenue, under its acclaimed Organist and Director of Music, John Scott.  Following John Scott’s untimely death in August, 2015, Benjamin Sheen served as Acting Organist and Acting Director of Music with Stephen Buzard during a year-long search for a successor to John Scott.

DARYL ROBINSON is Assistant Professor and Head of the Organ Program at Westminster Choir College of Rider University in Princeton, Daryl Robinson has earned critical acclaim as a solo and collaborative artist.  Mr. Robinson received first Prize and the Audience Prize in the 2012 American Guild of Organists National Competition in organ performance.  A native of Houston, TX, he holds a Master of Music from the Shepherd School of Music at Rice University, (studying with Ken Cowan)  and, a Bachelor of Music from the Moores School of Music at the University of Houston (Robert Bates) plus private studies  with David Higgs of the Eastman School of Music.  From 2003-2015 he served as Organist at the South Main Baptist Church in Houston and was influential in the selection and design of the new Nichols and Simpson pipe organ.  He has frequently performed with the Houston Symphony & Chorus and other groups.  His performances can be heard on Naxos, ProOrgano & Albany records

FRIENDS OF MUSIC:  This recital series relies heavily on the generous financial support of its Friends of Music to maintain the series, now entering its 47th season.  As you are able, please consider supporting the series as a Friend of Music with a tax deductible donation, entitling you to admission to each recital and acknowledgment in the program.  Donors are listed in the. following categories:

And thank you for your support!

For St. Stephen’s  FACEBOOK PAGE click here. Then you can send us a message with your    suggestions and tell us you like us (you need to be on Facebook to do this.)St. Stephen’s Church in Millburn, 119 Main Street, Millburn, NJ 07041-1115

Yesterday we had a wonderful turnout for our seniors’ luncheon.  Fourteen sat down to feast on home-made lasagne, salad, and apple pie.  The pharmacist Marcus Lawson, came from Walgreens, answering questions on Diabetes and other seasonal health issues.  It was good.  Thank you to Muriel, Sue, Theresa, Eugene and Deacon Kathleen. 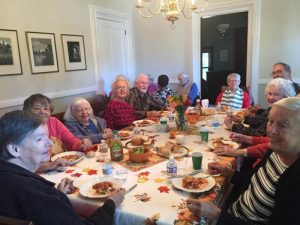 END_OF_DOCUMENT_TOKEN_TO_BE_REPLACED

How wonderful to have a baptism, a wedding and introduction to our newest addition, Samantha, all in one week.  To say nothing of the 60 plus people and pets who came to be blessed on Sunday.  What an abundance of good things.  I am also heartened each week to greet our newcomers and new families.  God is good, all the time. 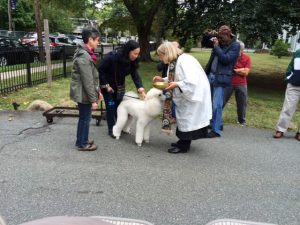